A wake-up call to all rental property owners

Ignorance is no defence in law and one property owner near Brighton had a narrow escape when their investment property in London was rented out to a couple and the couple’s friend.

Helping UK landlords avoid council fines and penalties There’s never been so much gruelling and demanding legislation to comply with! 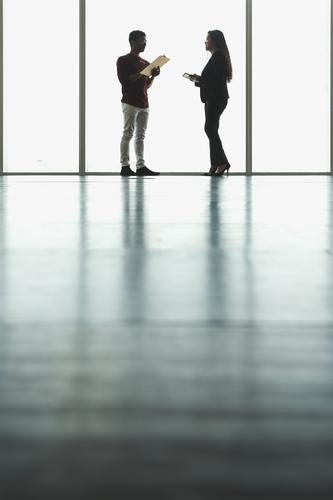 Ignorance is no defence in law and one property owner near Brighton had a narrow escape when their investment property in London was rented out to a couple and the couple’s friend.

As it turned out, the owner of the property was guilty of breaking House in Multiple Occupation (HMO) Regulations– even though they had no idea they’d broken the law and were at risk of a £15,000 fine.

And, as is all too often the case, their letting Agent hadn’t informed them either.

The owner believed they had rented out a single-family home via a letting agent. The letting agent had let it to a couple and their friend. Nothing unusual there you’d think, this happens every day of the week, doesn’t it?

But as Des Taylor, Property Licensing, Regulation and Compliance Director with Landlords Defence Ltd., explains: “The friend is not related to the family, by blood, sexual-union or domestic employment, therefore as far as the law is concerned, two ‘households’ are occupying the premises.

“And,” Taylor continues, “when two or more households occupy a dwelling and the number of occupants is three or more, then a House in Multiple Occupation (HMO) is formed.”

“So what?” you might say. They are all living together and know one another so they are really just like a family, aren’t they? “No they are not,” says the law! Where three or more people share facilities such as a kitchen, bathroom, toilets etc., and if just one of them is not related to the others, then this is legally an HMO.

Back to Des Taylor: “The minute a property becomes classified in law as an HMO, the owner becomes liable to comply with The Management of Houses in Multiple Occupation Regulations 2006. And the penalties for not doing so are massive. Not only that, but the Council is prosecutor, judge and jury! Be sure, you will be guilty until proven innocent.”

Any manager and agent also become liable – but the thing most property owners and investors don’t realise is that having managers and agents does not absolve them of liability under the law! In the case mentioned above, the owner/landlord and the letting agent were oblivious to the fact that letting to three people, where just one is not related, made the property an HMO and that caused the issue.

Des Taylor explained: “What also neither of them knew is that the local authority’s environmental health department can impose unlimited fines upon each of them, owner/landlord and the letting agent. And, in recent times, we are seeing these fines to be regularly in the magnitude of £15,000 to £25,000. The Councils know many landlords are oblivious to this and this is an easy picking opportunity for them to create a valuable revenue stream.”

Many property owner/investors have no idea about these regulations nor the civil penalties that ensue.

Taylor: “This is just one of many cases we at Landlords Defence discover often through a casual conversation with an unaware owner. Usually this leads to an involved conversation, to an inspection, recommendation report, and to us managing corrective action to make the property fully compliant, before the Council becomes aware, so that the Landlord cannot be prosecuted for Health and Safety or Housing Act offences.”

Every day, the way thousands of Landlords find out they are not compliant with Legislation and Regulations is, when they receive a Civil Penalty Notice demanding £thousands in fines and which they and their letting agents do not know how to defend against and very often cannot afford.

What action do you need to take?

Says Des Taylor: “If you have a rental property, find out this weekendexactly who is occupying it. If your tenant has moved in a friend or two without you knowing, you now have an HMO and your ignorance is no defence against massive fines.

“If you find you have more people than you should, then you need to take immediate action and because you’re already breaking the law, you must do that in the correct way to avoid those penalty fines.

“If you need help let us know at once. We offer a free 20 minute initial consultation and can act immediately to get you out of the situation,” concluded Taylor.